Madeira is one of the eight Outermost Regions of Europe, located in the North Atlantic Ocean, just 200 miles from the Canary Islands, on the West coast of Africa. Madeira Island is a perfect tourist destination all year round, due to its subtropical climate, ancient Laurissilva forest (designated a UNESCO World Heritage site) and breathtaking scenery.

Summer is always hot and sunny and is the most popular time to visit the island. Autumn season remains warm, particularly pleasant and quiet, when kids are back at school and hotel prices are lower.

Madeira is a popular winter destination for the northern Europeans who want to escape their snow-clad countries and spend their holiday season. It is one of Europe's most southerly points with weather temperatures frequently around 20°C. There is still a healthy average of six sunshine hours every day during winter, if you're looking for a winter tan.
Madeira usually experiences short periods of rainfall during December, whilst the period of January, February and March may be slightly wetter.

Madeira Island is the perfect place to celebrate Christmas or New Year's Eve, being visited by thousands of tourists every year from around the world, arriving on cruise liners or on one of the many daily flights.

Spring is when the flowers are at their best; you may see a lot of rain around the north and the west, while the rest of the island is dry and sunny. Madeira is known worldwide as the island of eternal spring, and in April/May you get to experience the exquisite floral displays and the glorious Flower Festival parade.

Madeira Island is located north of the Atlantic, between the Canaries and the Azores Islands. 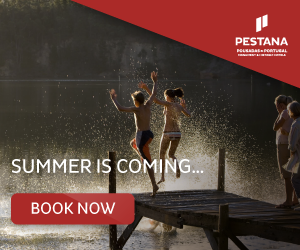